Note: Plastic Keels are designed to be used in installations where the ECO-DECK will be placed on a concrete slab.

1-Storage
Before installing your ECO-DECK, store the boards on a smooth, flat surface, not exposed to the sun. Ideally, store the material near the installation site for at least 24 hours prior to the installing it to allow it to become adapted to the environmental conditions of the site.

2-Support Structure
The base for the support structure can be prepared using a layer of mortar or another type of base such as concrete, brick or metal structure. An adequate drain should also be provided under the decking support structure to properly allow rainwater to drain. It is important to note that the deck and supporting structure should never be exposed to flooding. The keels where the ECO-DECK decking boards will be layed on must be installed at a maximum distance of 31.5cms (from center to center of the keel) and must be straight (must not have any inclination).

Joints (Expansion and Contraction)
Like other building products, ECO-DECK boards contract and expand as temperature changes. For this reason it is important to leave an adequate spacing between the boards. Follow the spacing provided according to the Expansion table (See section “Expansion Table” below). In hot climates, the boards should be cut under a shade and as early in the morning as possible to prevent the heat from expanding them. If the boards have been exposed to heat or the sun, they will be expanded (elongated). Cutting the boards under these contidition will lead to problems in large gaps between the ends of the boards after the product has been installed. Additionally, when placing the decking boards against elements such as walls, a distance of 1cm should be left between the end of each board and the wall to allow proper expansion and contraction of the board as the temperature changes. The decking boards should never be adhered to each other using any type of glue. 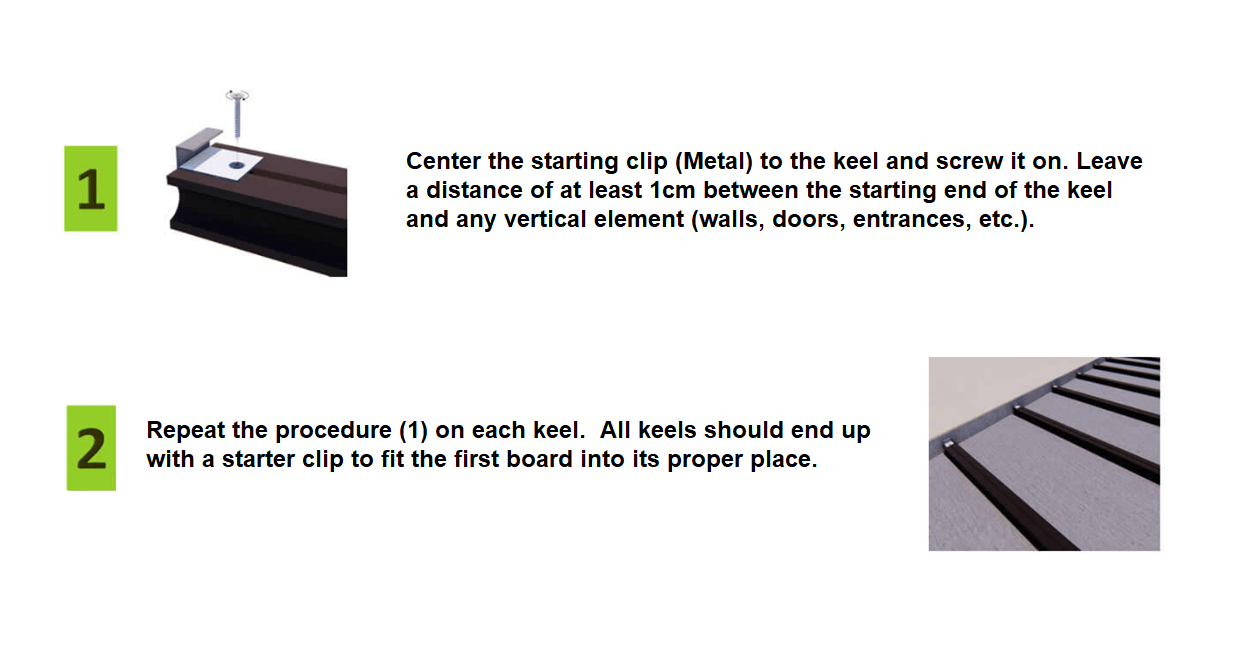 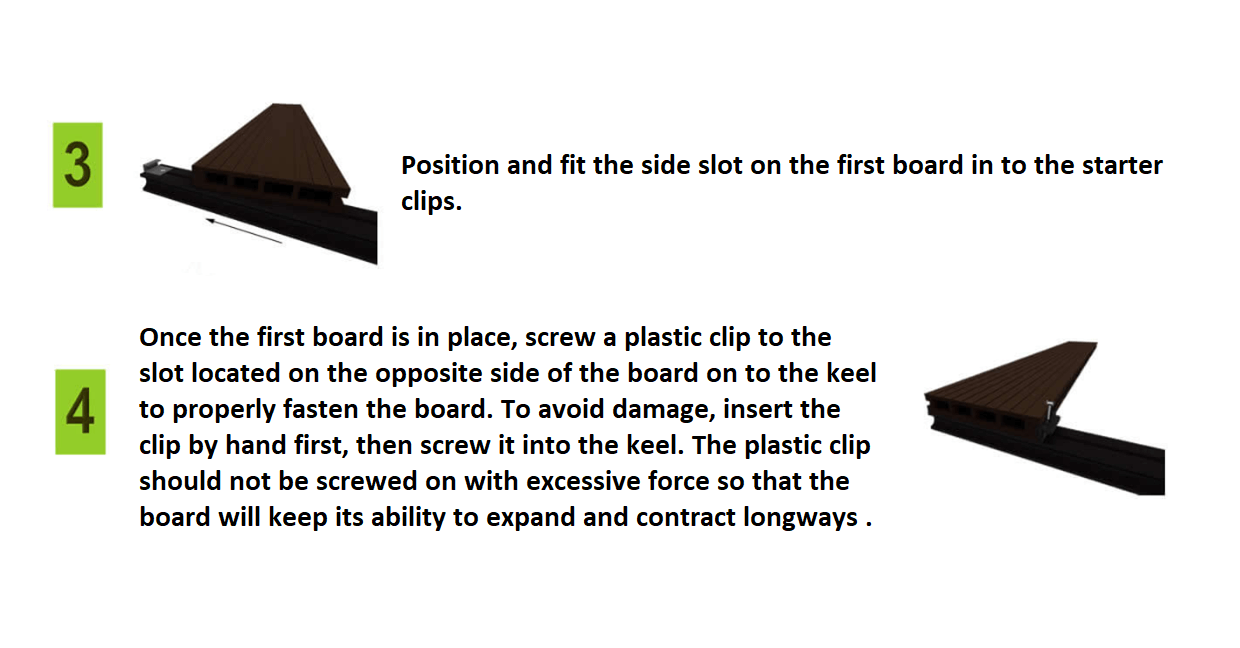 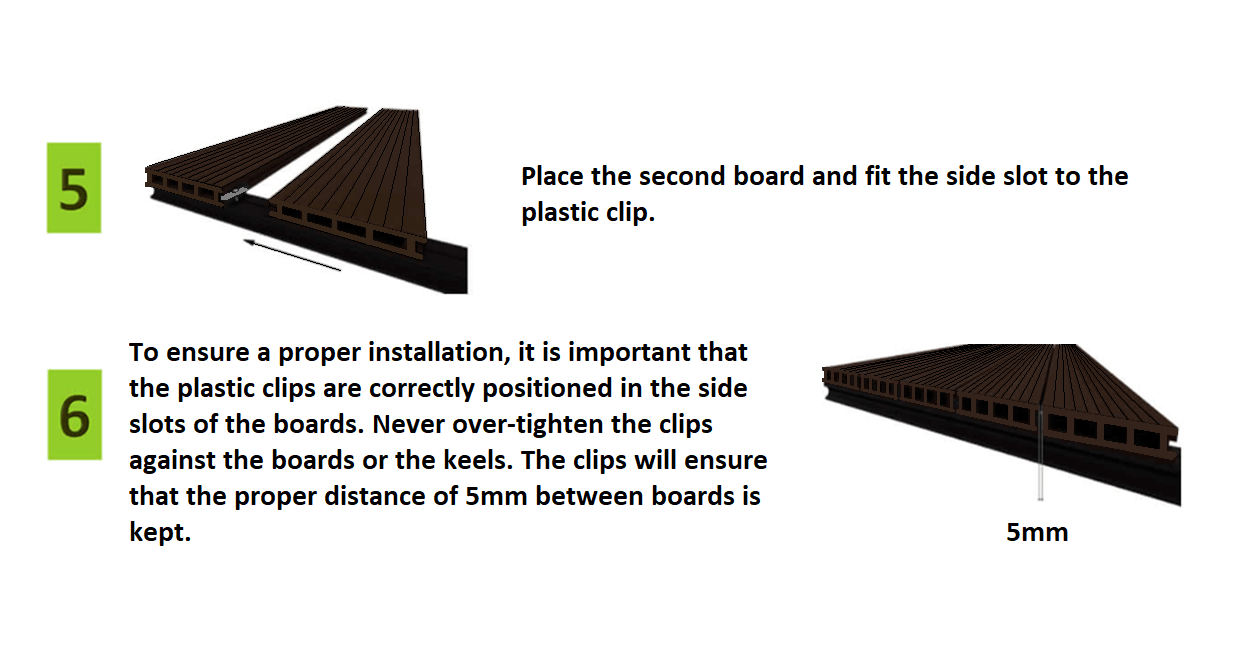 The gap space that should be left at the end of each board where two boards meet can vary. To determine the correct spacing to be used, the Expansion Table shown below must be followed. The table indicates the distance (in millimeters) that must be left between board ends (according to the length of the boards) and the "Delta T" (or difference between ambient temperatures) between the day of installation and the highest temperature that can be reached in that particular location

Example: If 2.20 meter boards are installed in a day where the ambient temperature is 20°C and they are being installed in a place where the maximum possible temperature can reach 40°C (the Delta T or temperature difference is 20°C). Therefore, a distance or gap of approximately 6mm should be left between the ends of the boards. 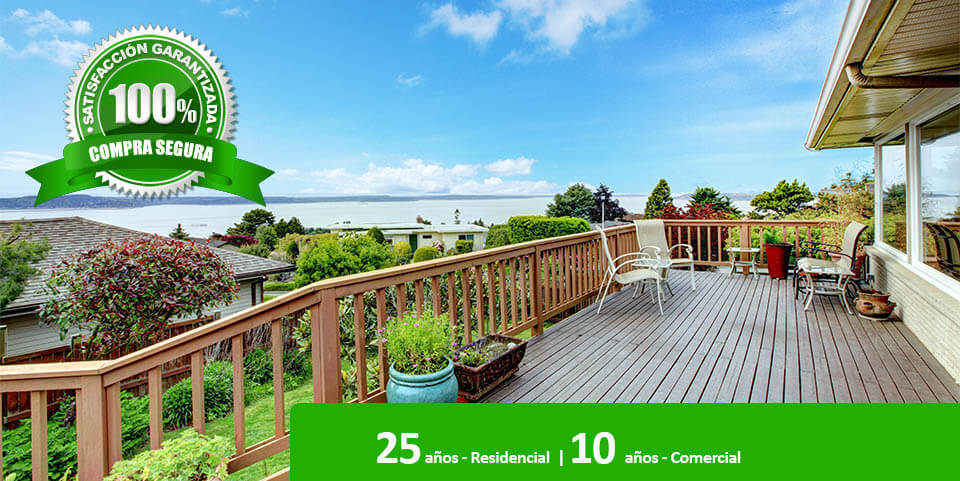